Series of Debates Bring Together Audience of Leading Global Thinkers

Founded in 1910, the Carnegie Endowment for International Peace, a non-profit organization dedicated to advancing cooperation between nations, is the oldest international affairs think tank in the United States. So it is no surprise that the goal of their Centennial Celebration would be to produce an event that would bring together high-level thinkers to share their thoughts and perspectives on how various countries could contribute to a world of peace.

With an audience that included ambassadors, heads of state, diplomats, embassy professionals, U.S. administration officials, Congressional representatives, think tanks and academia, we were tasked to produce a series of debates between leading global thinkers, policy makers and the media on peace and power in the 21st century at the Willard Hotel’s Crystal Room.

With more than 400 guests attending the Centennial Celebration, our team not only executed the on-site logistics, but also managed online registration, food and beverage coordination, audio visual and broadcast production, materials development and ground transportation. The team also worked with the BBC staff to execute the live production of two sessions that were featured on “BBC World Tonight” and “BBC World.”

Highlighting such topics as the United States’ place in the world, the Arab Spring and U.S. strategy in the Middle East, these discussions generated awareness and explored what directions would be needed for the future. 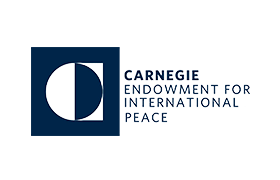